1913 was the year when the Branch Normal School, the high-school-level predecessor of the Branch Agricultural College, was given a choice between changing to preserve its existence or ceasing to operate. For years the school was not seeing an increase in the enrollment rate of students, and two LDS Church-funded high schools schools, one in St. George and another in Beaver, were proving to be fierce competition. Despite Cedar City cutting rent and board rates, the school was not experiencing growth, and there simply were not enough students coming to southern Utah to support all three schools. Furthermore, the Branch Normal School was the only school in the state of Utah to be funded by the state; other schools were funded by the LDS Church or local counties. This made obtaining funds for the school from the state difficult. Not only was the school a state expense, it, as aforementioned, was not growing and there were other schools for students to attend which would not cost the state as those schools supported themselves financially. If the B.N.S. lost its state support, which it may well have, it would then have to be supported by the county, and the county was not capable of doing so; the school would have to be closed. 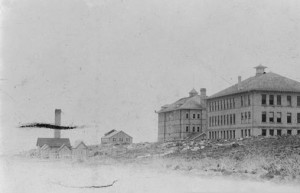 Two men stepped forward from the Cedar City community to save the school; Representative Wilford Day and Senator Henry W. Lunt had been looking into changing the high school into a college in order to maintain a school in Cedar City and increase student traffic to the school. To achieve this collegiate status, both men agreed that a change in administration would be necessary. The Branch Normal School was administered by the University of Utah, but the university would not give the B.N.S collegiate status. Furthermore, the lawmakers knew the legislature of Utah would not give money to the B.N.S. to become a college either. So, the lawmakers decided that by having the B.N.S. emphasize agriculture in its curriculum,  it could become a branch college of the Utah Agricultural College in Logan, Utah. Then, the B.N.S. would receive collegiate status while bypassing the need of direct action from the Legislature.1 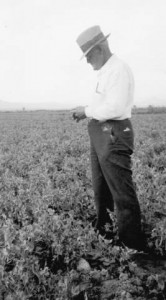 On January 1st, 1913, Day and Lunt alluded to their plan at the Alumni Association of the Branch Normal School by coming out in support for the institution to stress agriculture. Day then  proposed a bill to the 1913 Legislature to transfer the B.N.S to the Utah Agricultural College. The bill sparked debate in the Legislature and in Cedar City, with the latter being concerned about the focus of the school . The debate in Cedar City was nicely summed up in this article from The March 1914 issue of the B.A.C. paper, The Student. 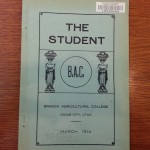 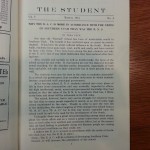 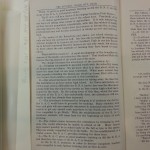 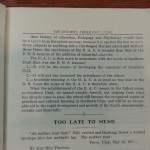 The law was  passed, and the B.N.S. became the Branch Agricultural College. Once the law was passed, the Board of Trustees met on April 19th and estimated the income of the B.A.C’s first year to be around $22,850. With the estimate, the Utah Agricultural College President, John A. Widstoe, began to organize the faculty and overhaul the course of the Branch Agricultural College.2 Roy Homer was selected as the new principal of the B.A.C, and his contributions to the college during its first years would prove to be invaluable for the development of the school. The worries of locals concerning the success of the new B.A.C. were silenced on the opening day of the B.A.C’s first semester in September of 1913. The Iron County Record of September 26th reported that student attendance was “greotor (sic) than any opening day of previous record.”3 So, despite the naysayers, the B.A.C. was able to establish itself as the right move to improve student enrollment and to allow Cedar City to keep its beloved school, albeit by doing away with its high school status.