During the 1920’s, Cedar City erected a monument honoring the veterans who had served in the Great War. Then, in 2006, Cedar City began construction on the Cedar City Veterans Memorial Park, to honor veterans from the city who had served in the World Wars, the Afghanistan, Iraqi, Vietnam, and Korean wars. In 2009, the World War I Memorial was refurbished by Service Star Legion, and now stands at the corner of 200 North and 200 East. The memorial honors those who served and died in World War I from Cedar City and from other cities in Iron County. Photos by Colin Nimer. 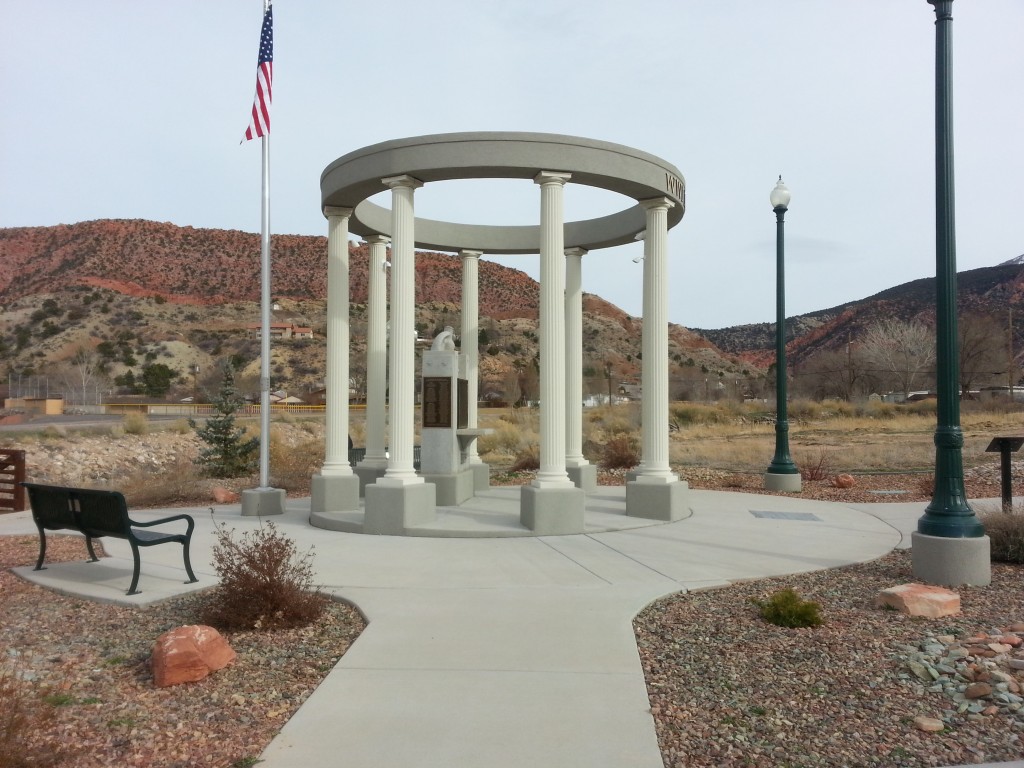 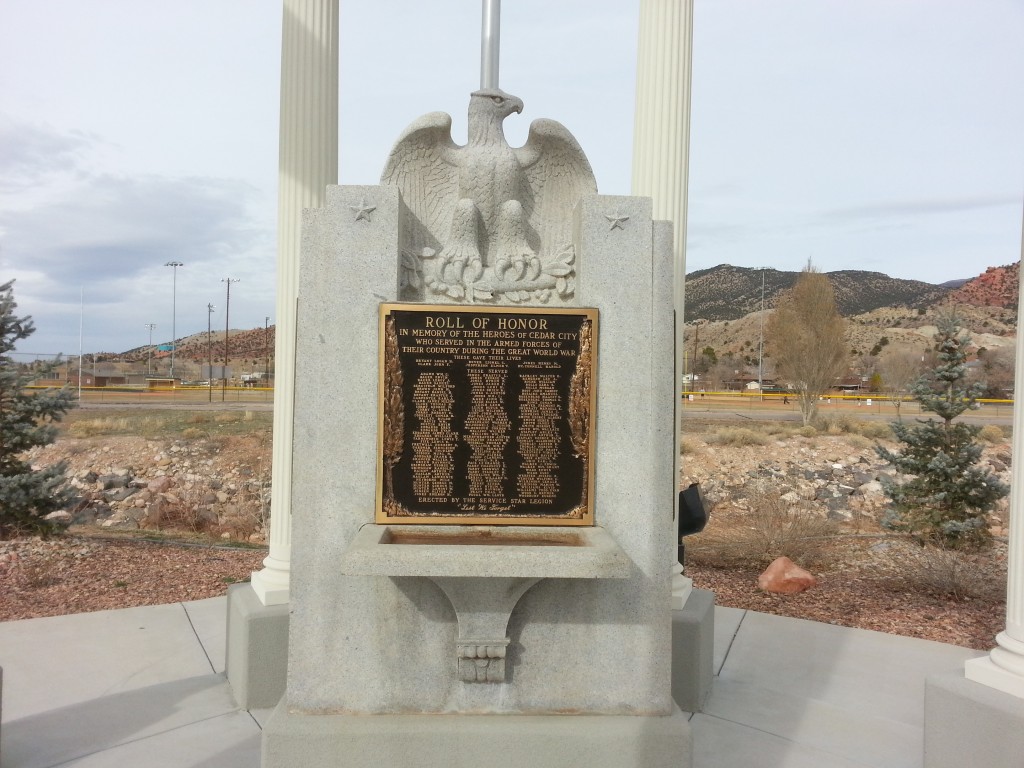 The front plaque of the memorial. 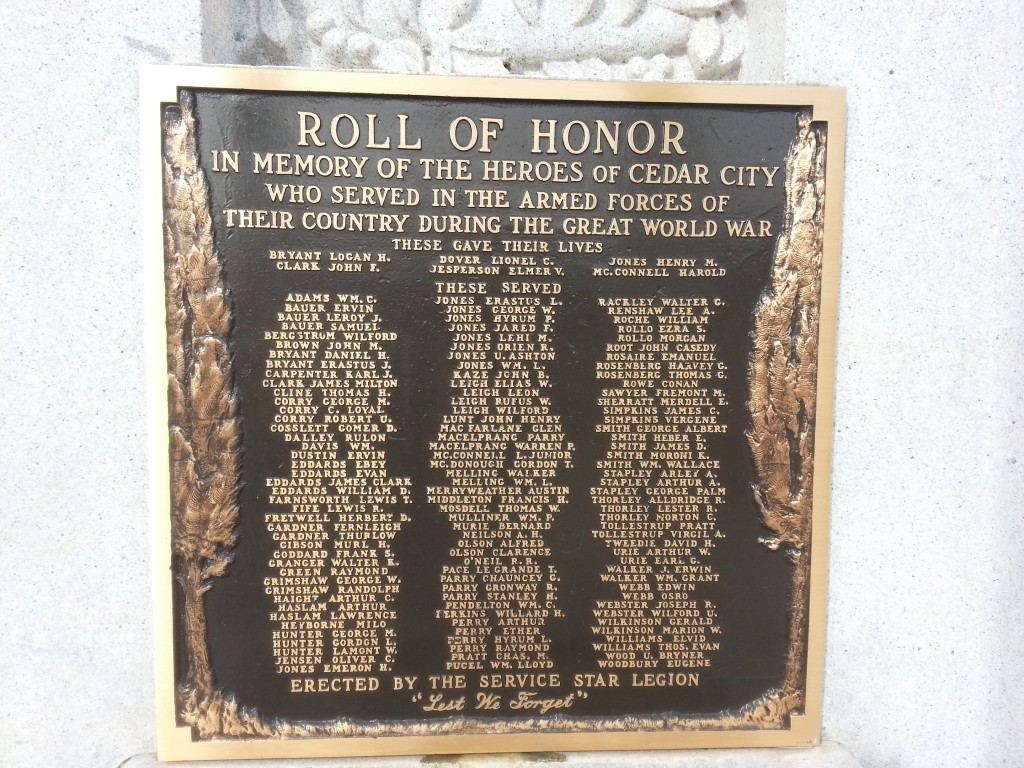 Listing of the soldiers who fought in the war from Cedar City, including the six who died. 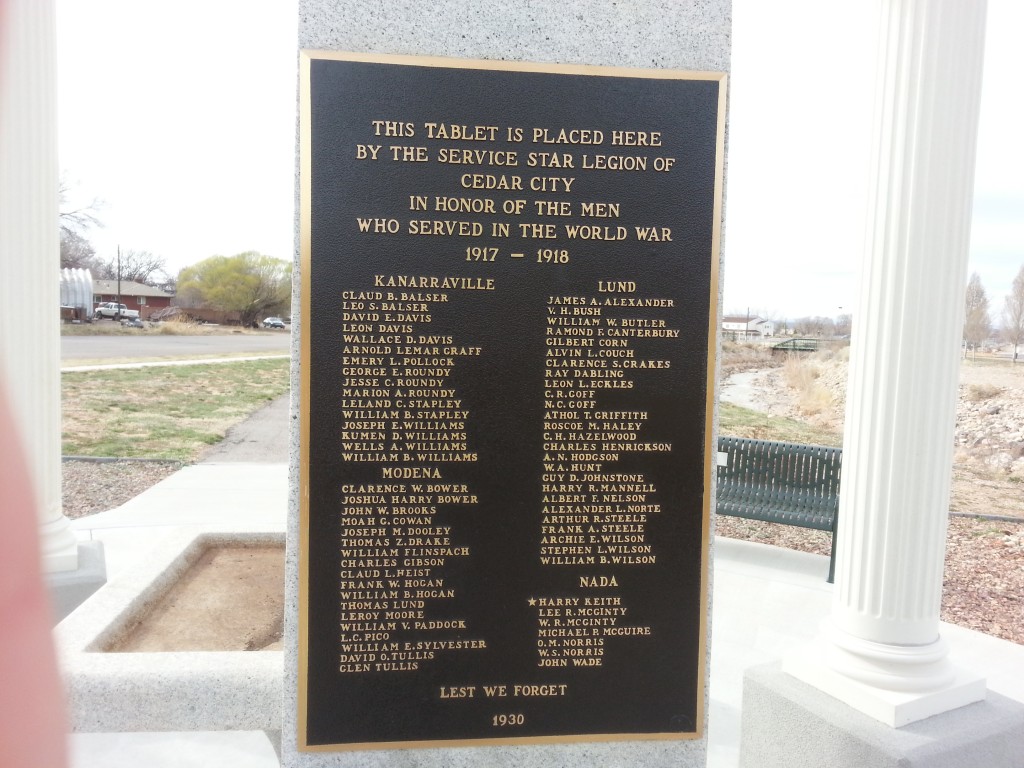 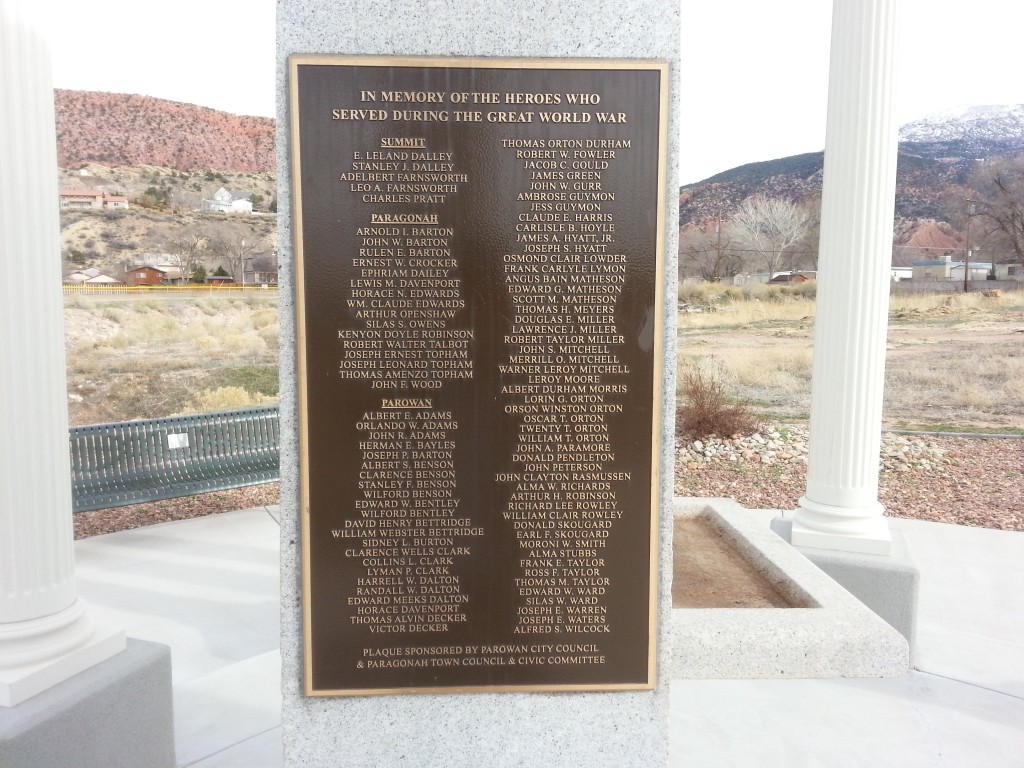 Veterans of Summit, Parowan, and Paragonah 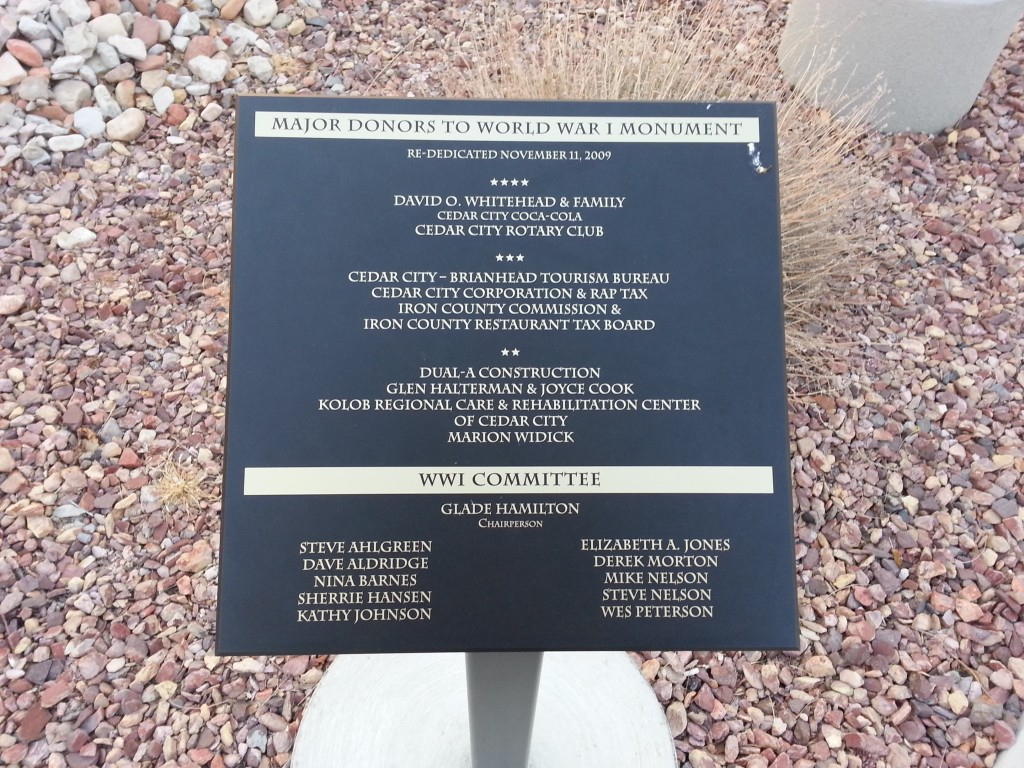 Plaque honoring those who donated to the memorial and the WWI Committee.

The Branch Agricultural College Newspaper, The Student, also listed the students who had served in the war in its 1918 Senior Issue. The students are listed on the memorial under their home cities; for example Orlando Adams is listed under Parowan, and not Cedar City. 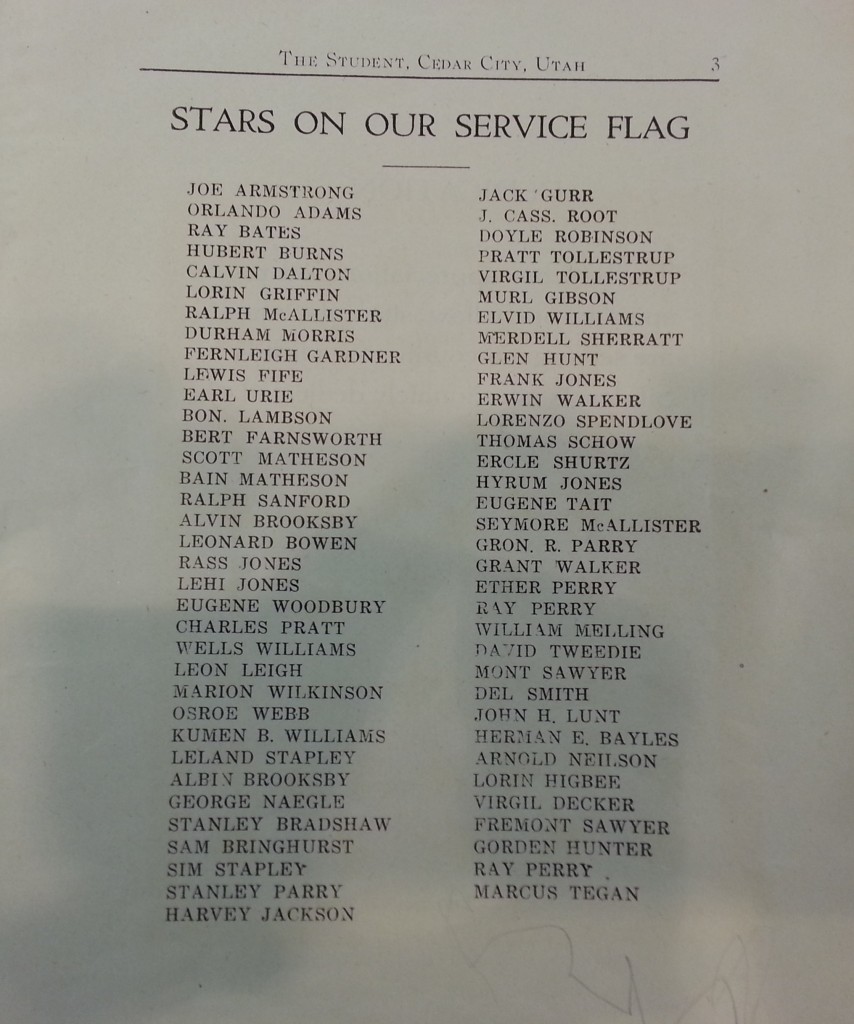 The B.A.C. students who served in the Great War.1